Founded in 2016, VTA Tassin assists a great number of direct and non-direct ocean actors in the Science-Policy-Business interface, with the view to foster sustainable innovation & development, stronger ocean corporate responsibilities and a broader ocean culture. As a law firm, VTA Tassin applies the highest standards of confidentiality and legal responsibility to the services delivered and is entitled to represent its Clients in any situations 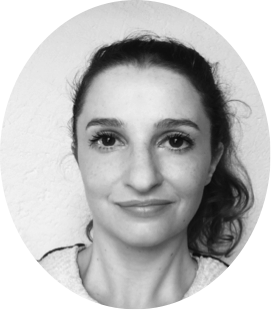 “Law is a creative force, not only at the drafting and dispute levels, but also at the implementation level. It provides many keys to support actors to make sustainable changes in the years to come.

A  lot already exists without being however understood, used and properly implemented.  One way to solve this issue is to work on knowledge transfer, empower public & private actors and create strong cooperation frameworks – and VTA Tassin was founded around these objectives: Provide expert services to democratize Ocean law & policy and make it a key component of all ocean sustainable strategies”.

Former legal officer at the International Tribunal for the Law of the Sea (ITLOS), Dr. Tassin Campanella previously worked for the World Health Organization and the World Bank, as well as for regional organizations,  governments, think tanks,  research centers,  the private sector and law firms in Australia, Germany and France. She has an excellent understanding of a great number of sectors and fields and works regularly in a pluridisciplinary context, in order to better promote knowledge sharing and empowerment. She indeed truly believes that Law and Policy should be first understood to be better implemented.

Her experience has earned her to be listed as an expert by many non-governmental and international organizations. Her work in International Law was furthermore awarded by two prizes: one awarded by the INDEMER of Monaco in 2011, and the other by the University Dom Helder Câmara in 2016 (Belo Horizonte, Brazil). In October 2016, Dr. Tassin Campanella was also appointed International Counsel of the Instituto Brasileiro of Direito do Mar (Brazil).

Dr.  Tassin Campanella regularly publishes in academic journals and internationally renowned books in French and English. She also teaches at HEC Paris, Sciences Po Paris, the University of Nanterre, the University of Lille and the Nippon Foundation at the International Tribunal for the Law of the Sea (ITLOS) in Hamburg.  She created a great number of classes for undergraduate, graduate and professional students in French and English.

Her dual academic background in France and Australia, her training in business and leadership and her mastery of French and Anglo-Saxon schools of thought allow her to offer a rich, new and original reading of International Law and Governance firmly rooted in the issues of the 21st century.

Dr. Tassin Campanella works in French and English, she has a good understanding of Spanish as well as some notions of German and Italian.